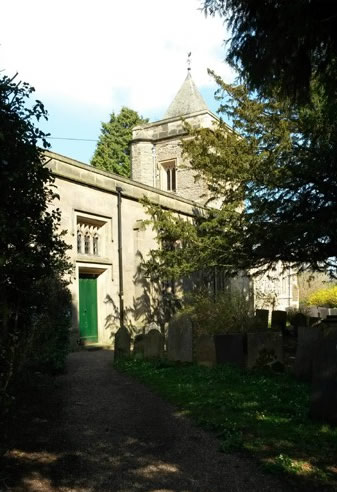 The medieval church was cruciform in shape (unusual for the area) and the existing tower with its herringbone stone work is Norman in origin and contains 4 bells, the oldest dated 1613.

The chancel has Early English arches, two of which were blocked up when the transepts were taken down and the nave rebuilt in 1828.

History & Heritage of the village
Evidence exists for human settlement in the area in pre-Roman and Roman times. Three Saxon estates existed in the area which were later taken over by the Normans.

The Domesday Book (1086) records the presence of a religious building and a priest.

From the early 1200s until the dissolution Welbeck Abbey controlled the land and probably took the tithes. Thereafter Trinity College, Cambridge was granted control by Henry VIII and also had the right to appoint the vicar. This continued until about 1946 when the estates were sold.

The Flintham Estate still has influence in the village, owning about half of the properties in the older part of the village and much of the surrounding land. Flintham Hall is the home of the Hildyard family. The house is Victorian Gothic in style with an older Georgian wing. There is also a Victorian conservatory, designed by T E Hine and influenced by the Crystal Palace.

VE Day Service and the Big Picnic for Hope

Southwell Minster is inviting everyone to join in with their celebrations on Friday to celebrate the 75th anniversary of VE Day. They will start with a short service broadcast online at 11.00am, withread more..

Above is an invitation to a new weekly Fosse Group virtual coffee morning on Zoom on Wednesday morning 10.30-11.30am. An opoportunity to meet with friends in safety with a cup of coffee andread more..

On the Church of England website you can download a copy of ‘Prayers for use during the coronavirus outbreak’. This is a booklet which contains individual prayers, but also a ‘Pattern ofread more..