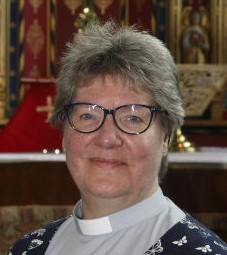 The appointment of the Revd Ruth Colby as Priest in Charge of the Fosse Group of Parishes has been announced. She will be the successor to the Revd Oliver Learmont who moved on to a new post last July.

The Revd  Colby is currently Assistant Curate in the Benefice of Rothwell with Orton and Rushton with Glendon and Pipewell and Loddington and Thorpe Manor, a group of parishes near to Kettering in the Diocese of Peterborough. The licensing date is yet to be announced. Further information will appear on this website as it becomes available.

VE Day Service and the Big Picnic for Hope

Southwell Minster is inviting everyone to join in with their celebrations on Friday to celebrate the 75th anniversary of VE Day. They will start with a short service broadcast online at 11.00am, withread more..

Above is an invitation to a new weekly Fosse Group virtual coffee morning on Zoom on Wednesday morning 10.30-11.30am. An opoportunity to meet with friends in safety with a cup of coffee andread more..

On the Church of England website you can download a copy of ‘Prayers for use during the coronavirus outbreak’. This is a booklet which contains individual prayers, but also a ‘Pattern ofread more..